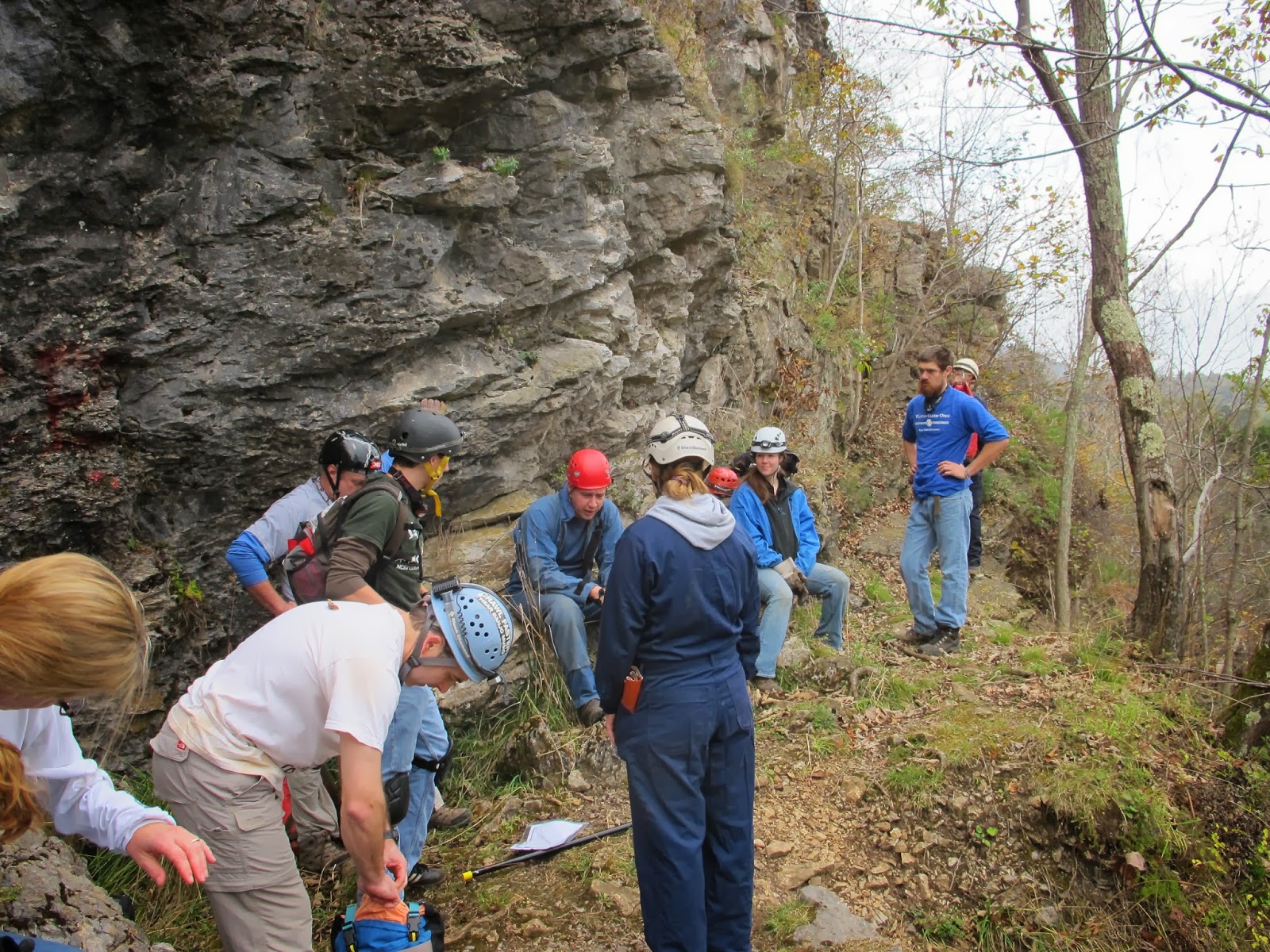 With landowner permission, the annual grotto clean-up this year was held at New River Cave. Usually we aim for something in Smyth county, but we had a hard time coming up with a good candidate over there this year, which is a good thing, so we instead headed off to New River Cave on a tip from Ken Walsh. We all drove up to the nearby Bat Ranch on Friday night and had a rather quiet night camping under the clouds and stars. Mike was asleep when many of us arrived and Ava, who was very helpful in making sure we were taken care of, was out of town.

The trip was pretty straight forward. Hike up steep hill, clean graffiti, pick up trash, have fun, get tired, turn around, exit cave, hike down steep hill. Am I forgetting anything? We had a nice turn out with 11 cavers coming, many of whom it was only their first or second time underground. Hopefully some of them will be back for more because caving is awesome. (Cave survey is especially cool ;p)